London’s Livery Companies had their origins in the medieval craft and merchant guilds that can be traced back to the twelfth century. These guilds, common throughout Europe since medieval times, were often used to regulate particular industries.[1] Their roles generally involved supervising the training of apprentices; controlling the standards of craftsmanship; and protecting craftsmen against unfair practices and competition.[2] These Livery Companies evolved from the very basic need for some form of organisation and regulation between crafts people regarding craftsmanship and standards.[3] In their earliest form, these organisations were sometimes informal, merely bringing together like-minded craftspeople in an informal way.[4] By the sixteenth century, however, most of London’s major crafts had organised into structured Livery Companies, which took responsibility, under sanction from the Lord Mayor and the Aldermen, to regulate their respective crafts.[5] Currently, 108 Livery Companies exist within the City of London.[6] 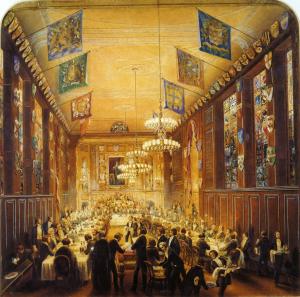 In early modern London, the Livery Companies made a significant contribution to the life of the City. They had a particular role in City politics. Members of the Court and Livery, for example,  had particular privileges in the early modern period, as they retained ‘the right to participate in the election of the Lord Mayor, Sheriffs and M.P.’s’, while many Aldermen belonged to the Merchant Adventurers’ Company, and later to other trading organisations including the East India and Virginia Companies.[14]  They also had a particular role in social control and order in the city. As Archer has argued, the Livery Companies ‘played a crucial role in containing tensions by providing channels of communication between rulers and ruled and institutional frameworks within which the redress of grievances could be pursued’.[15]

This increase in population coincided with a period of significant increase in benefaction to, and subsequent charitable giving by, Livery Companies in general. The impact of the Reformation on charity, in particular, has been discussed at length by many historians of the early modern city.[18] In the pre-Reformation era, much charitable activity was undertaken ‘by religious orders and confraternities, as well as by manorial, municipal and parish-level bodies’, often funded by pious bequests from individuals.[19] These bodies gained much of the money, clothing, food and other forms of provision from wealthy Londoners. It has been argued that the pre-Reformation Catholic notion that ‘almsgiving and charity [were] meritorious to the salvation of the donor’, gave rise to a pattern of indiscriminate charity by the wealthy.[20] Ilana Krausman Ben-Amos has noted the range of benefactions that were made by medieval men and women, as including gifts to the parochial poor and also to public institutions such as hospitals, leper-houses and almshouses.[21] General monies were often bequeathed by testators towards the distribution of bread and grains, providing food, supporting prisoners, and helping the sick and aged. Monasteries were an important element in this distribution of charity, with many distributing food and alms, bequeathed by testators, at various Catholic feast days.[22] Benefactors often entwined their donations with specific requests for sermons and masses to be given in their names for the intercession of their souls. These obit days then became the times at which gowns, food and money from their bequests were circulated to the poor who were present.

The nature and practice of charitable giving underwent significant change in the post-Reformation period. The Catholic emphasis on undertaking good works and charity in return for salvation was no longer accepted, and charitable activity became subsumed in a Protestant religious culture, which sought to direct charity in a more structured manner. Charity also became an increasingly secular activity, with a move away from the traditional involvement of monasteries and churches in the distribution of charity to secular public institutions. Ian Archer has commented on this change acknowledging that post-Reformation charity ‘came to be channelled through public institutions like hospitals, the Livery Companies and the civil parish’.[23] The change towards city institutions as distributors of charity can to some degree be attributed to their continuity, despite the religious turmoil of the early sixteenth century.[24]

The London Livery Companies became a significant component of the administration and distribution of charity to the poor of the City. By the sixteenth and 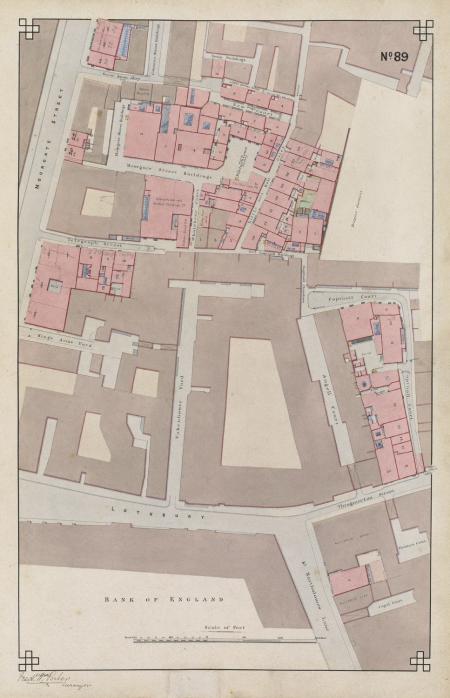 seventeenth century, many among London’s elite entrusted their money and rental incomes from property to the Livery Companies for charitable purposes.[25] The Companies, in turn, were handsomely rewarded for their trouble in administering these bequests with sums of money granted to the Court for personal uses and dinners, and also, the entitlement of the Company to retain any extra profits from rental incomes. They used these bequests, along with some of their own funds, to provide charitable relief, primarily for their own freemen, liverymen and their families, as well as relief to outside bodies such as the city parishes. Much of their internal charity was directed to those of the Company who had fallen on hard times, and included charities as diverse as pensions to widows, benevolence to prisoners, and benevolence to those travelling to the New World. Such was the zeal of this combined institutional charity in the later sixteenth and seventeenth century that Paul Slack has estimated that from 1550 to the 1650s, the yield from various philanthropic endowments for the poor in England quadrupled.[26]

This charitable turn on the part of London’s Livery Companies is now reflected in the fact that most Companies continue to administer these late medieval and early modern gifts of properties, monies and other goods, as part of their current Company Trusts and Foundations. Today, these Trusts and Foundations are often aimed towards supporting educational institutions or charities with an historical connection to their Company.

[1] D. Nicholas, The growth of the medieval city: from late antiquity to the early fourteenth century (London, 1997).

[16] V. Harding, ‘The Population of London, 1550-1700: a review of the published evidence’ in London Journal, 15 (1990), pp. 111-128. The population growth is also discussed by Anisha Sasheen Dasgupta in ‘Poverty, pauperism and parish relief in seventeenth century intramural London’, unpublished thesis (University of Cambridge, 2003), p. 4.